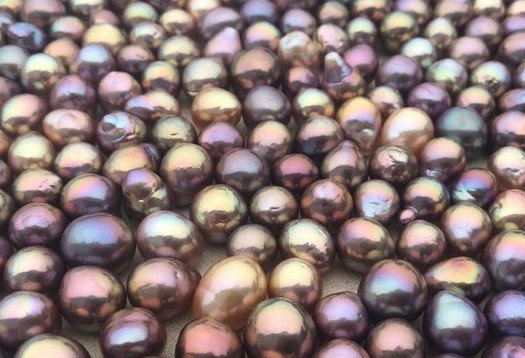 Pearl is the oldest known gem and was considered the most valuable for centuries. It has a colour ranging from white to almost black including silver, cream, pink, champagne, (gold) green, and blue, are often naturally occurring.

What distinguishes pearl from other gemstones is that it is organic matter derived from a living creature - oysters and mollusks. Its chemical structure contains of calcium carbonate in minute crystalline form, which has been deposited in concentric layers. As it is a natural organic gem, it may occur in many shapes and each shape is quite unique, every pearl has a slight difference in its shape.

We source our pearls from different parts of the world for their best attributes and qualities. We ensure the pearl farms and suppliers we work with are ethical and provide only responsibly sourced pearls.

There are a variety of pearls we use and love in our pearl jewellery.

Lustrous 'Rainbow' Pearls: Our rainbow pearls is our signature pearls. As its name suggests, they have a range of amazing natural colours such as white, peach, pink, gold, metallic, plum and aubergine-purple as the picture shown above. They come with the most amazing lustre which originally only shown in some high-end saltwater pearls such as Tahitian or South Sea pearls.

Most freshwater pearls are nucleated by tissue, but these lustrous cultured pearls are nucleated with beads, exactly as saltwater pearls, only one pearl is cultured in each mussel, allowing for a much larger sized pearl to grow inside the shell. Therefore our 'rainbow' pearls have an average size of 10-14mm, which makes them more eye-catching along with their unique rainbow colour. 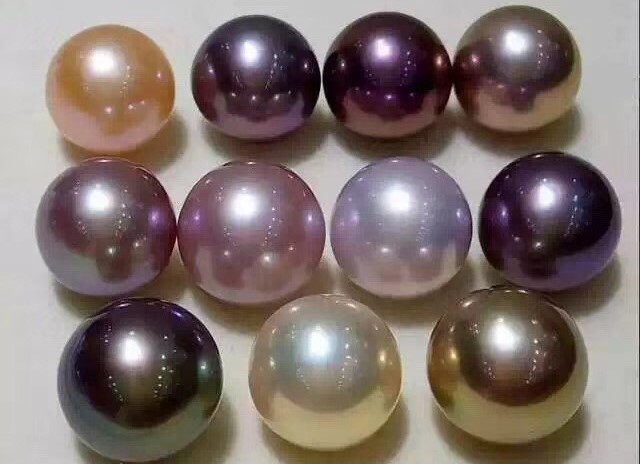 Akoya pearls: Akoya are round pearls cultured in the saltwater mollusk. The nucleus of these pearls is a round bead made from the shell of an American mussel. Akoyas are seldom more than 9 millimeters in size. Japan and China both produce saltwater Akoya cultured pearls. 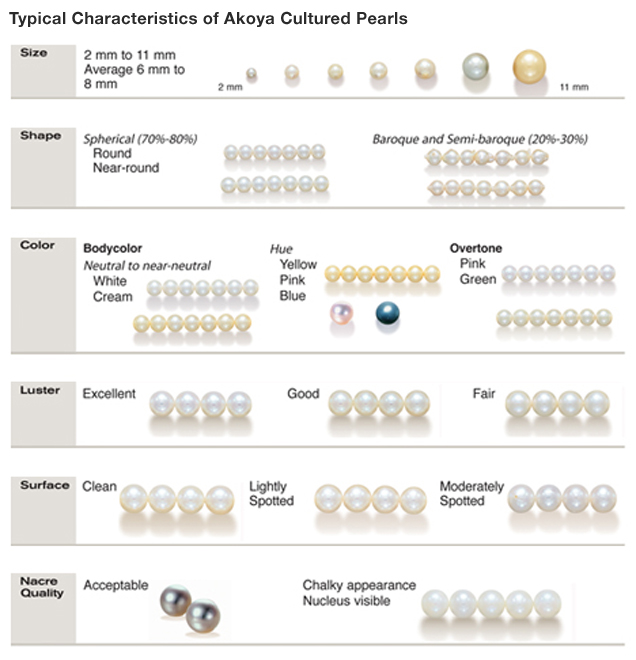 Keshi Pearls: Keshi pearls are a shape rather than a type of pearl as is commonly believed. Keshi means "poppy seed" in Japanese and these pearls are often also referred to as "poppy seed pearls." They are formed when the oyster rejects and spits out the implanted nucleus before the culturing process is complete, or the implanted mantle tissue fractures and forms separate pearl sacs without nuclei. These pearl sacs eventually produce pearls without a nucleus. Keshi pearls can form in either saltwater or freshwater mollusks.

They are generally small in size and because there was no nucleus to guide the ultimate shaping of the pearl, their shapes vary broadly. Keshi pearls come in a wide variety of colours and tend to have high lustre and even orient. This is due to their solid-nacre composition - the implanted nucleus of the pearl has been expelled by the mollusk resulting in 100% nacre. This gives it an especially lustrous and shimmering surface quality. Most keshi pearls, in fact, have a greater lustre than even the best-quality cultured pearls. The fact that keshi pearls are solid nacre does not, however, give them the classification of natural pearls. This is because keshi are a bi-product of the culturing process, not a natural occurrence.

Since the shapes have a wonderful variety and their all-nacre composition often gives them great luster and orient, keshi pearls have become much appreciated by jewellery designers and customers. 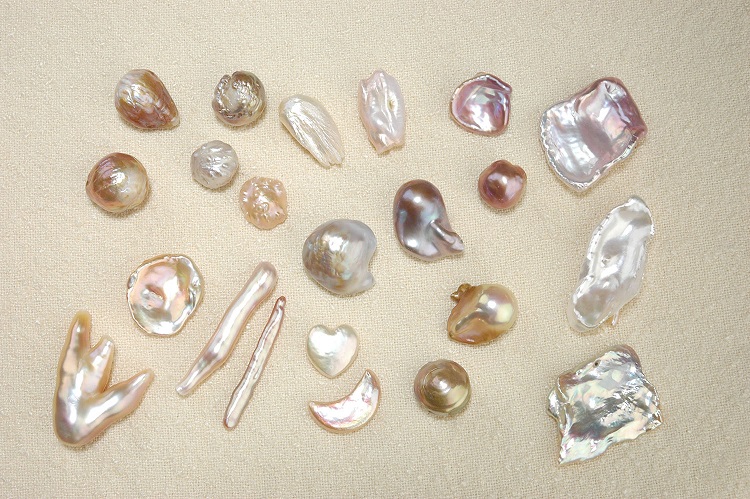 Freshwater pearls: These are usually cultured in freshwater lakes and ponds. China and the US are the leading sources.  We love the huge variety of sizes, colours and shapes of the freshwater pearls, from tiny white seed pearls, to golden baroque pearls with fine luster, and to large spherical white round pearls. To ensure we have the best quality freshwater pearls, we work directly with a few pearl farms in China. 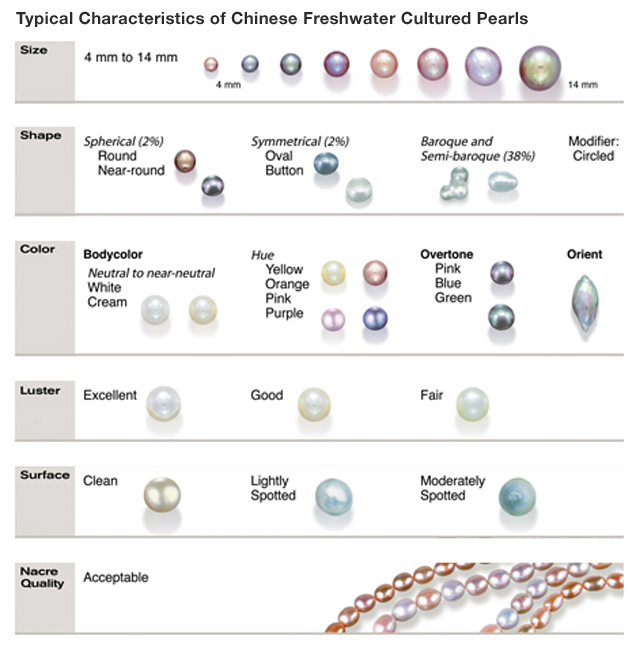